The Talk: 4 experiences of IVF and surrogacy in Ireland – RTE.ie

Ireland’s National Public Service Media
Meáin Náisiúnta Seirbhíse Poiblí na hÉireann
An RTÉ Player Original, The Talk discusses real life issues from a personal perspective. There’s no presenter or media personality to ask the probing questions. Instead, two people have ‘the talk’ – an open and honest conversation about an issue that’s close to their hearts.
While last year’s contributors tackled the topic of racism in Ireland, this year’s groups will delve into the issues of body image and fertility – you can watch them on the RTÉ Player now.
The final episode focuses on four journeys through IVF and Surrogacy. From the highs and lows to the costs and legal issues, these firsthand accounts give an honest and enlightening insight into the realities of fertility journeys in Ireland. 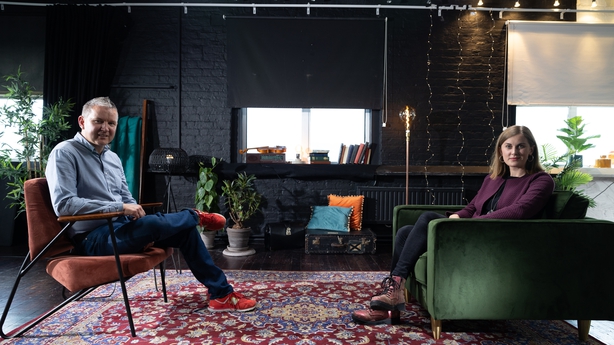 First up, we meet Lucy Fallon, a qualified financial advisor who was diagnosed with breast cancer at the age of 29. Lucy and her husband Cormac had always wanted a family and surrogacy made their dream a reality.
Lucy explains “When you’re in a position where you’ve dreamt about it for so long, you’ve watched all your friends and family, you’ve gone to every christening you can possibly go to and you’re at the stage where – look – it’s your last option.”
Lucy and Cormac went on to have twins Luchia and Lauren through surrogacy. Since going through her journey, Lucy has begun advocating for surrogacy and some cancer charities.
Describing the feeling of being a mum, Lucy explains “From the time the girls were able to say it I was like, that’s just my favourite word. I can’t believe they’re saying it, I can’t believe someone’s calling me Mammy.”

Sara Byrne, a campaigner for Irish Families Through Surrogacy, has cystic fibrosis and underwent a lung transplant. Before getting engaged to husband Padraig, she was advised against carrying a child herself.
“We made the decision that we had to go down the surrogacy road because I just couldn’t do that to my child that maybe to put myself at risk – that if I was going to be a Mammy, I wanted to be around for a long time.”
She details the ups and downs of their journey to pursue surrogacy in the Ukraine, saying “The minute that Alice was born, all of the years of turmoil and grief and pain – I would do it again in the morning”. 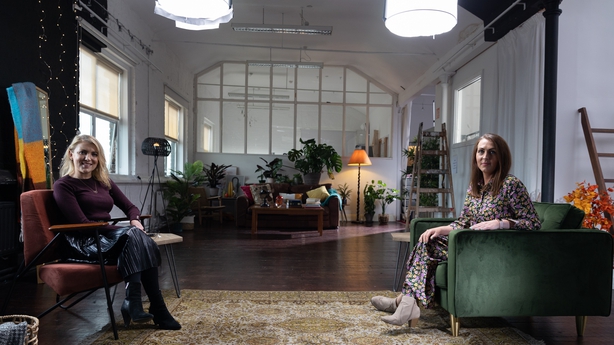 Ranae von Meding and her wife Audrey decided to grow their family in 2015. They used Reciprocal IVF so that they could use Audrey’s eggs and Ranae could carry their babies. But they had no idea of the legal battles that they would face after their babies were born.
Gearóid Kenny Moore and his husband Seamus always knew they wanted to be parents. The road to having a family was not without its bumps but they went on to have twins Sean and Mary and youngest daughter Anne through surrogacy.
Gearóid recounts his delight at the reaction to his twins when he introduced them to the rural community where he grew up:
“Everybody just wanted to meet these babies. And you could tell there was like a – just a feeling amongst people that like, this is special. And our country has jumped forward 30 years in like a five-year period. And like again, nobody cared about the IVF or the surrogacy…”
“All they wanted to know was that there were two kids who had been born into a family where they were going to be loved and cared for…it was just an outpouring of joy because two children had been born.”

Watch The Talk on RTÉ Player now.
Search by ingredient, chef or programme

© RTÉ 2022. RTÉ.ie is the website of Raidió Teilifís Éireann, Ireland’s National Public Service Media. RTÉ is not responsible for the content of external internet sites.